Canoa Quebrada was inhabited by native fishermen when it was accidentally discovered in 1650 by Francisco Ayres da Cunha. 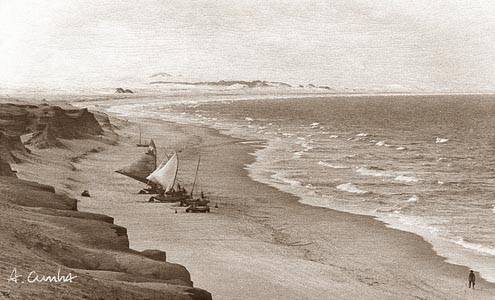 Old view of the beach from Canoa Quebrada to Estevao.

The Portuguese sailor tried to repair his boat in nearby Aracati when he stumbled upon the tiny fishing village which was appropriately named Canoa Quebrada (Broken Canoe).

Born in Canoa Quebrada in 1839, Francisco José do Nascimento, Chico da Matilde. The first to demand freedom of the slaves in Ceara by closing off the port in Fortaleza in 1884. 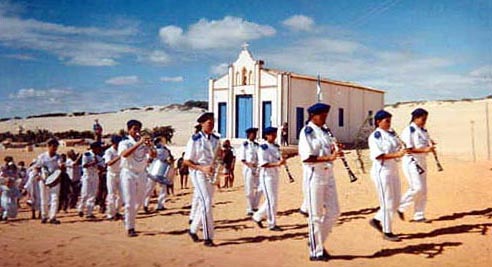 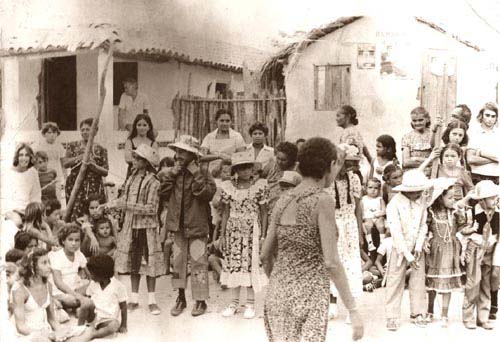 Feast of Juninas along Broadway (1980's)

The village that once had approximately 800 inhabitants back in 1981 has just over 4000 residents according to a recent 2007 census. 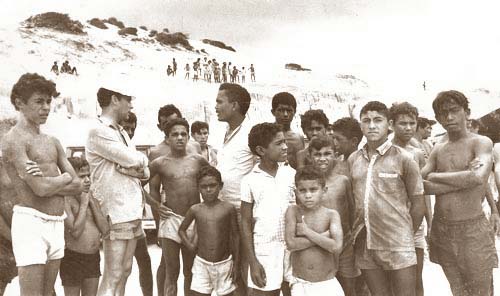 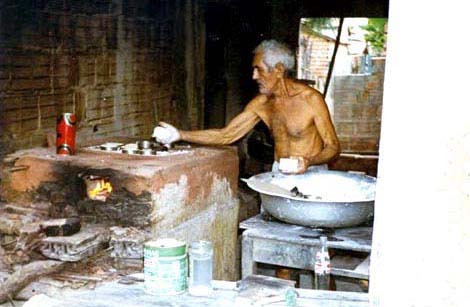 Adolfo Alves dos Santos (Seu Adolfo) August 21,1919 - November 6, 2000. Left his mark in the history of Canoa Quebrada as the first in the village to welcome tourists to his home where he served traditional meals often prepared in a brick oven.

Everyone would bring outsiders to their house because Sr. Alfonso was the only one who sold prepared food and also offered room and board. 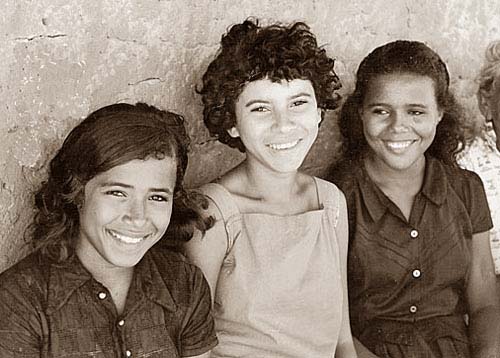 Nizete and Nirlete, recalling the photo was taken by Narciso Kalili and Luigi Mamprin during their visit to Canoa Quebrada when Nizete was 16 years of age and was published in Revista Realidade no. 2.  The couple was not from Brazil and were amongst the first foreigners to first to visit the village from another country. 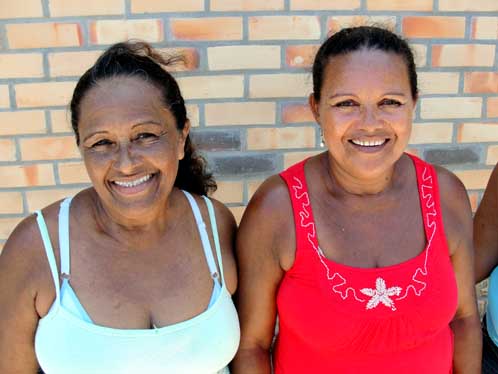 Alfonso's daughters Nizete and Nirlete left to right. Photo by Gerardo Simonetti during an interview in October of 2010. 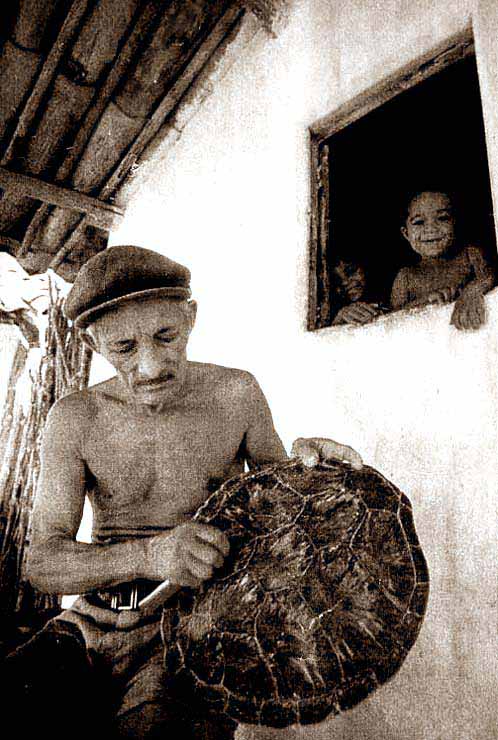 Francisco Fernandes Pinto (Chico Eliziário) is credited with being the first to make jewelry and other artifacts with the new moon and star design that is now considered the symbol of Canoa Quebrada. 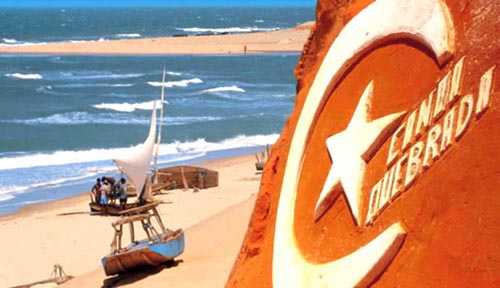 Francisco Fernandes Pinto and Carlos Limaverde sculptured the design in the cliffs bordering on Canoa's beach.

After being re-discovered by the French Film industry in the 1960's, Canoa Quebrada became popular with the hippies throughout the 1970's, followed by the backpackers in the 1980's. 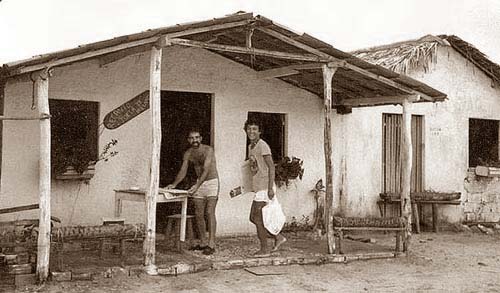 The old restaurant" Bicho de Pé" and home to Andreza.

Those who came to Canoa Quebrada back then found themselves renting or sharing the homes of the natives who graciously opened their doors to visitors. Many of these early visitors came back to settle down, raise families and now call this magical place home. 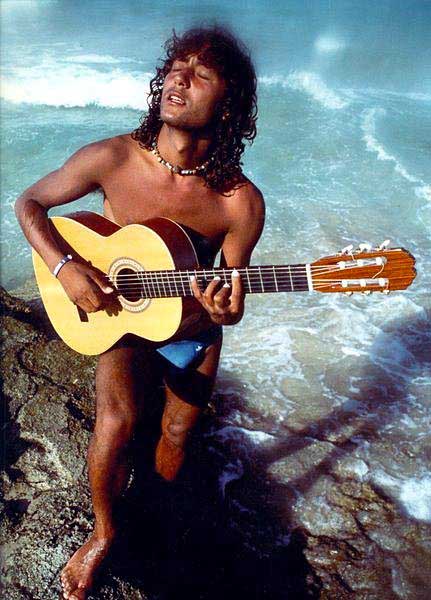 Juracy Montenegro was one of the first to discover the magic of Canoa Quebrada in the early 1980's. The artist came back many times for extended visits during the following 15 years to paint, sculpt and practice his music. 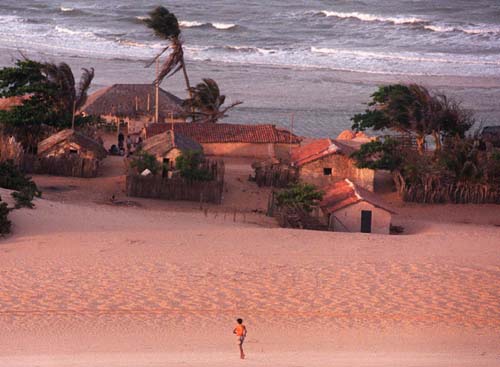 Canoa Quebrada gained paved access from the main highway in 1995. Making the village more accessible to the outside world and those who prefers to do their exploring in comfort. The main street Broadway that remained sand track until 2003 is now lined with a Portuguese rock sidewalk.

Canoa Quebrada has become a household word in Brazil and an international beach and water sports destination. Receiving visitors from around the world the year round. This once quaint traditional fishing village now includes over 100 pousadas and restaurants.

The rapidly increasing flow of visitors over the last 15 years has created some environmental issues and increased concerns about protecting the natural beauty of the surrounding area. Which includes some of the most unique and spectacular landscapes in northeastern Brazil, with it's desert beaches, lagoons surrounded by towering sand dunes, and multicolored cliffs.

In 1998 over 70,000 hectares of the land between Porto Canoa to the west and the Jaguaribe River to the north were placed within an (ÁREA DE PROTEÇÃO AMBIENTAL) Environmental Protection Zone and is protected by federal law.

Please contact Gerardo Simonetti and FORTALEZABEACHES.COM if you have information on the History of Canoa Quebrada.


Return from History of Canoa Quebrada