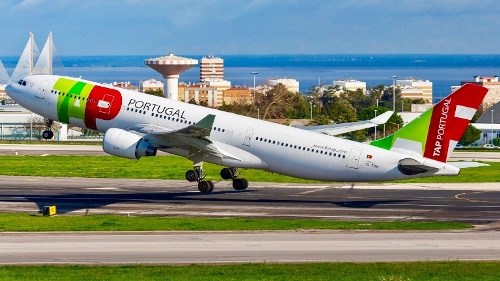 If you are planning on taking multiple flights within Brazil LATAM, GOL AVIANCA and AZUL are your best choices for Domestic Travel! They have regular flights to and from Fortaleza from all major Brazilian Cities.

There is Fortaleza Air Taxi Service to Jericoacoara and Canoa Quebrada by private plane and helicopter. You can be in Jericoacoara in less than an hour!

BOOKING YOUR FLIGHTS: Try to book your flights as far in advance as possible. Especially if you are traveling between December and March or July and August. This will give you more options and bigger discounts. The Non-Stop Flights are ALWAYS booked first!

Fortaleza Airport-Hotel Private Car Service
Passengers will be welcomed by the driver
holding a sign with their name on it.

Most International flights to Fortaleza from European cities such as Madrid, Milan, London, Paris, Amsterdam and others, connect in Lisbon with TAP Air Portugal, before going on to Fortaleza. Flight TP 35 arrives daily in Fortaleza Airport at 7:40 PM. 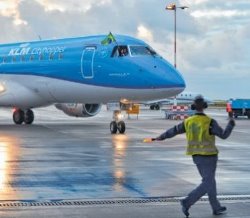 Dutch Airlines KLM has a direct
flight from Amsterdam to Fortaleza
every Monday, Thursday & Saturday!
Returning same day to Holland.

Joon Air France ,the group’s new
airline departs Paris-Fortaleza from
Charles de Gaulle airport Fridays
and Sundays. The Airbus A340 has
a capacity of 278 passengers.

As of July 2018 these are the only
regularly scheduled direct flights
from Europe. Fortaleza also receives
charter flights from Italy, Switzerland,
France, Germany, Hungary and Poland.


FROM THE UNITED STATES

Various South American Airline carriers such as Aerolinas Argentina and LAN Airlines (Chile) have regular flights to Rio and Sao Paulo as well.

Airlines and Destinations with
Flights to Fortaleza 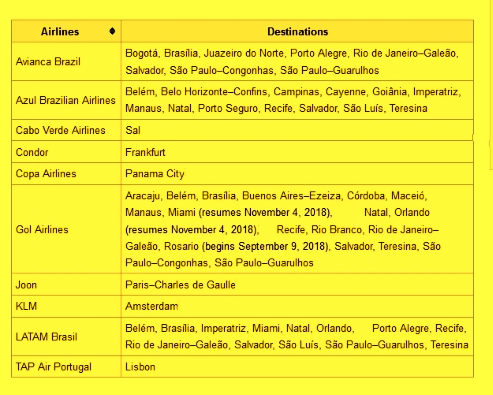 Having to make a connection in Rio de Janeiro or Sao Paulo is a hassle. Yet Fortaleza's year-round perfect climate and the best beaches in South America make it worth the effort!

In the past the direct flights were more expensive than discounted fares that went through Rio and Sao Paulo.

GOOD ADVICE: Having made the trip to Fortaleza many times from both Europe and the United States. What makes the difference between a tiring long trip and a relatively easy one is the following.

FIRST TIP: If you are going through Rio or Sao Paulo, book an overnight flight and get some sleep on the plane. Leave yourself a little extra time to make your connection to Fortaleza. It's better to be a little early than to miss the flight completely.

SECOND TIP: Make sure your connecting flight to Fortaleza is a direct flight that does not make stops. Two good examples of this are: Flights to Fortaleza from Rio or Sao Paulo often stop in Recife or Natal. You get to stay aboard but it still adds hours to an already long trip.

If you can accomplish that, you arrive in Fortaleza before 1 pm in the afternoon!

Return from Flights to Fortaleza