Canoa Quebrada, the state of Ceara's most visited destination beyond the city limits of Fortaleza. For a variety of good reasons, continues to attract both the Brazilian and foreign traveler in ever increasing numbers.

Canoa Quebrada lies hidden between the towering Sahara like sand dunes and red sand stone cliffs that once protected her from the outside world.

Completely surrounded by some of northeastern Brazil's most spectacular scenery. Only 164 kms along the Sunrise Coast, northwest of Fortaleza, 2 hours and 30 minutes by way of the well paved highway CE 040. 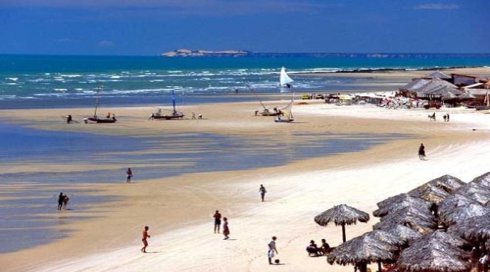 Canoa Quebrada's infamous beach makes a perfect setting for the long sunny days along the Coast of Ceara for either relaxing in one of the barraca's (beach bar-restaurants) or practicing a favorite water sport. 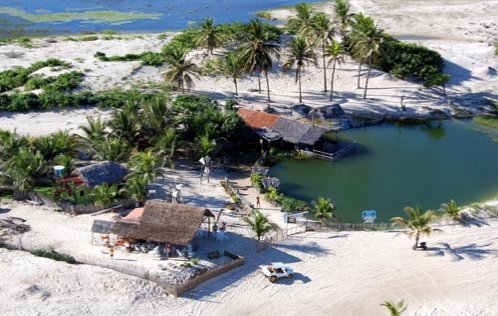 Oasis in the dunes: Lagoa do Ze 2 kms from Canoa Quebrada.

The once quaint fishing village turned international beach and water sports center, now has over 100 pousadas, restaurants, bars, souvenir and handicraft shops. Through all the changes Canoa Quebrada has withstood the test of time. 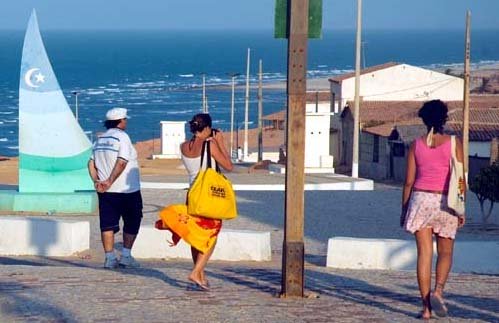 A must see for those out to explore the Coast of Ceara. The magic is still there waiting for you, along with all those friendly smiling faces. Be prepared to stay longer than you planned. 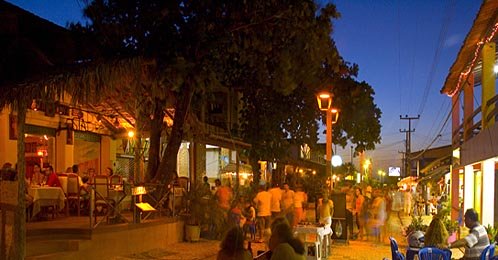 The main street, better known as Broadway, famous for it's friendly party atmosphere, is where the locals and tourists come together after dark to party and dance the night away.